ONE OF SHOCKWAVE'S LONGEST RUNNING GAMES FINALLY COMES TO AN END 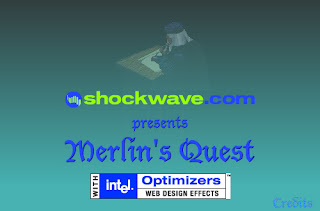 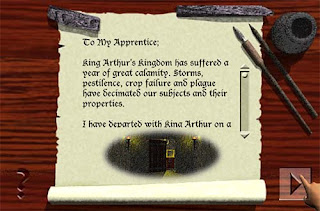 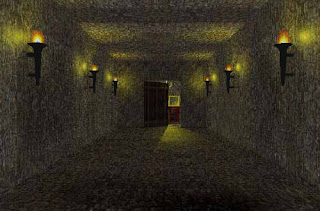 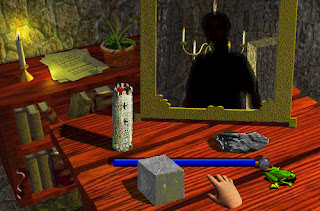 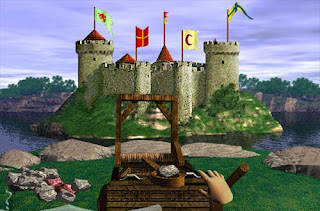 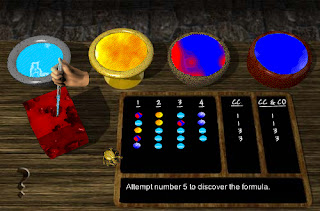 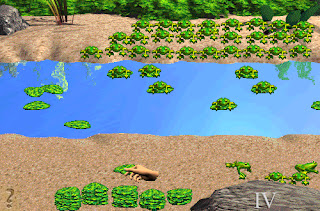 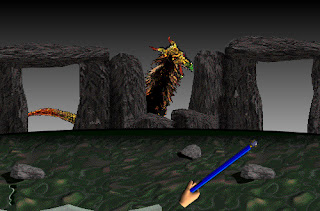 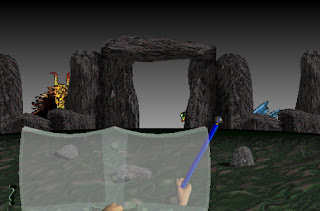 IN THE 90S, Intel and Shockwave wanted to demonstrate a game that would use some special rendering features new in the forthcoming Pentium 3 chip and give consumers a CD-like game playing online. Although it seems quaint today, Shockwave has kept Merlin’s Quest on its site all these years. I noticed a user review put up recently on the Shockwave site, “I loved this game when I was a kid...” 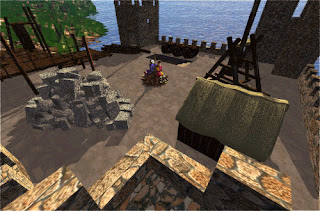 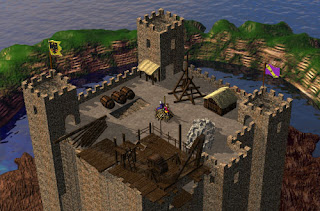 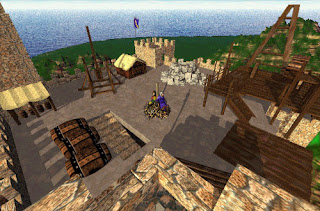 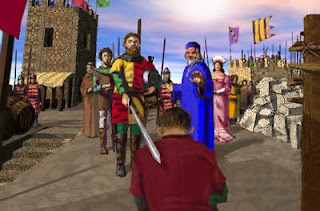 The original concept I came up with was culled from memories of movies like “Ivanhoe” (1952) and Classic Comics. But the Shockwave people hadn’t heard of these (!) and were keen on us using Bryce because it generated Myst-like scenery consumers associated with high production values. In the end my workmate churned out environments and I painted in the characters using Photoshop.

Here are examples from the original proposal. A bumbling page would awaken from his storage room quarters and stand before a magic mirror... 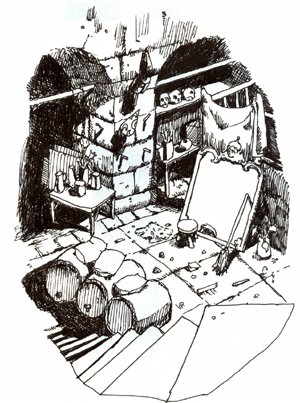 The page would have followed the user’s mouse who would have guided him through a series of comic-book like adventures.

The page is shown wearing blue. Also shown are renderings of Merlin and Morgan Le Fay. 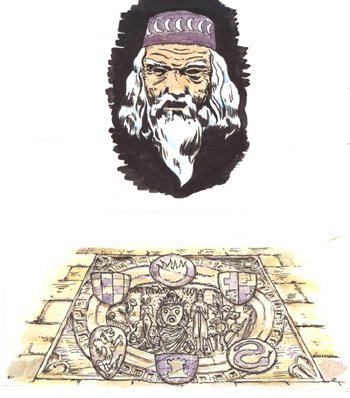 The head of Merlin would hover Oz-like over a stone relief set on the floor.

The six shields represented the original six games planned for Merlin’s Quest. To go to a game, the player would position the page to stand on its shield. 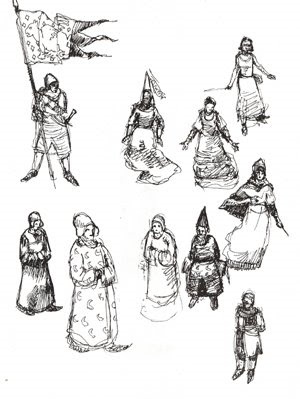 For its time, Merlin’s Quest was one of the first 3D-like game environments casual game players had ever experienced. But today, with 3D rendering so cheap and commonplace, hand drawn art has returned to game design. 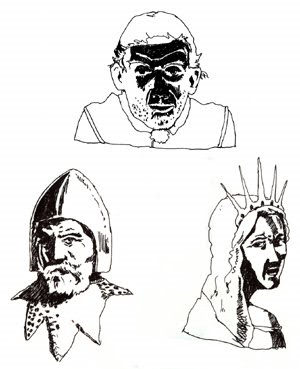 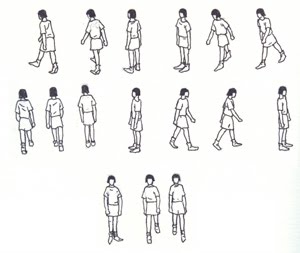 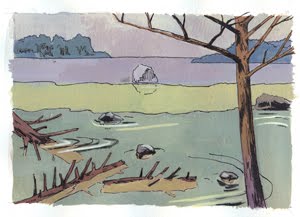